Delta-8 THC, We Hardly Knew Ya

State cannabis regulators need to turn to the experts 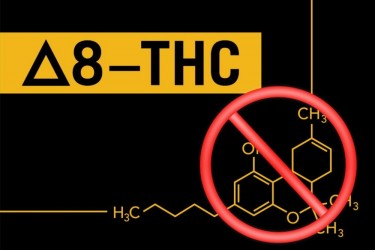 Every phenomenon that gets the attention of millions of people has a special trait that gets people’s attention. With cannabis, the attraction for some users is cannabinoids, the compounds in the cannabis plant responsible for getting people high and the source of most cannabis-related products such as CBD wellness products.

When states and governments say they want to ban a particular cannabinoid, it is evident that it is viewed as a threat to the health and safety of users. Delta-8 T.H.C. is a cannabinoid, and you are about to discover why states want it banned.

Delta-8 T.H.C. gained popularity with cannabis sellers and producers making money and customers enjoying the high from the start. But this period of success was short-lived as states and the Drug Enforcement Agency (D.E.A.) started to ensure that the Delta-8 T.H.C. reign and popularity comes to an end.

The legality of Delta-8 T.H.C.

According to the 2018 Farm bill, hemp-derived Delta-8 T.H.C. should be legal, but the D.E.A. didn’t agree to this. In 2019, the D.E.A. announced an Interim Final Rule (IFR) stating that synthetic cannabinoids are now illegal and grouped as Section 1 narcotics. This is a contradictory statement because Delta-8 T.H.C. is not a synthetic substance; it is naturally extracted from hemp plants.

More so, the initial 2018 Farm bill already legalized hemp and all its derivatives. But since the D.E.A. suddenly labels it as a dangerous substance tagged alongside heroin, it explains this article’s “R.I.P.” title.

Despite counterarguments from cannabis experts, the D.E.A. didn’t agree with the industry’s perspective on allowing Delta-8 T.H.C. to thrive in the market. There were a couple of lawsuits against the D.E.A.’s declaration, and one of the cases was dismissed because of the technicality of its legal issues.

What happens if the IFR is overturned?

Well, even if the pressure from the cannabis industry on the D.E.A. yields results enough for the IFR to be overturned, it wouldn’t make much impact. The reason for this realization is that different states are already set to ban Delta-8 quickly.

A good example is what happened recently with a publication from the Hemp Industry Daily that the state of Michigan is set to ban Delta-8 T.H.C., and interestingly, Michigan became the twelfth state to do so. Most worrisome is that other hemp and cannabis-loving states are doing the same: Kentucky to Colorado and even California are all itching to do the same.

Lawyers are also dragging the D.E.A. to court but will these efforts yield any result? If the states ban Delta-8 T.H.C., it wouldn’t matter anymore if IFR scraps it. At this point, it is evident that states have the final say, and so long a state has the justification for banning it, nothing can be done. The D.E.A. can also look for ways to completely bury the Delta-8, which will be the end of one of the people’s favorite cannabinoids.

So why is there so much conflict with Delta-8? How did we arrive at this debate that is encouraging the complete ban of this amazing cannabinoid? The answer is in the realization that the Delta-8 T.H.C. is intoxicating.

The intoxicating factor with Delta-8

Yes, Delta-8 T.H.C. is intoxicating, and although it is not as intoxicating as Delta-9 T.H.C., it still gets users high, which is the point of contention for the D.E.A. and states. States do not want their residents to have free access to a substance that gets them high without any form of restrictions.

Delta-8 is sold online or at retail settings with no state and federal licenses to authenticate people’s age before they get the substance. This lack of a verification process before a person gains access to Delta-8 became a source of concern for states, and they were unwilling to let it continue.

An alternative solution from experts

Cannabis and hemp experts have called for imposed regulatory restrictions on Delta-8 T.H.C. Suppose these states and the D.E.A. are concerned about people having access to a substance that gets them high. Yet, these calls and recommendations have been largely ignored.

Every other day, more states take steps closer to banning Delta-8, and others go ahead and do it. Last year experts thought that smokable hemp would be banned, but this conversation on banning it is nothing compared to the speed with which they want to get rid of Delta-8. If only the states will take the lead and challenge other states to do the same with regulations. If this happens, we will be creating a ripple effect of respectable use of Delta-8 T.H.C.

So, the industry still looks gloomy right now, and it is expected that things will worsen with time. But experts are also optimistic that the D.E.A. will lose their case, and states will have no other choice but to regulate Delta-8. What can be done for now? For now, users and experts will only have to observe the states that act on the popular idea to ban the substance.

Within the cannabis industry, an outright ban of substances and products is usually met with intense criticism because these are valuable to users. Although the government’s concerns for the extent of intoxication people are exposed to with Delta-8 T.H.C. are valid, a ban is still not a good solution.

Users must be taught and always sensitized on the importance of not overdosing on it, and you already know that Delta-8 is highly intoxicating. These warnings will prevent the residents from making poor substance decisions while regulating the Delta-8 T.H.C. presence in the market.

If states and all federal agencies regulate Delta-8 T.H.C., if they rule out the possibility of banning it, they will have cooperative people willing to use Delta-8 T.H.C. wisely. 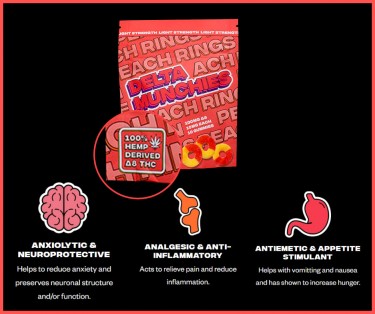 I GOT HIGH ON DELTA-8 THC FOR ONE WEEK TO SEE WHAT IT WAS LIKE! 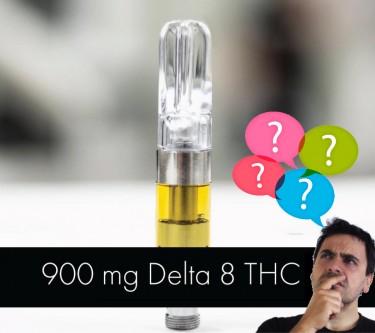 IS DELTA-8 THC EVEN LEGAL AND WHY WOULD IT NOW BE, CHECK THIS!

State cannabis regulators need to turn to the experts

The Joint Blog | How does CBD Topical help In Our Daily Routine?

How To Open an Edible's Business – Cannabis…

Cannabis in Jewish Magic and Alchemy